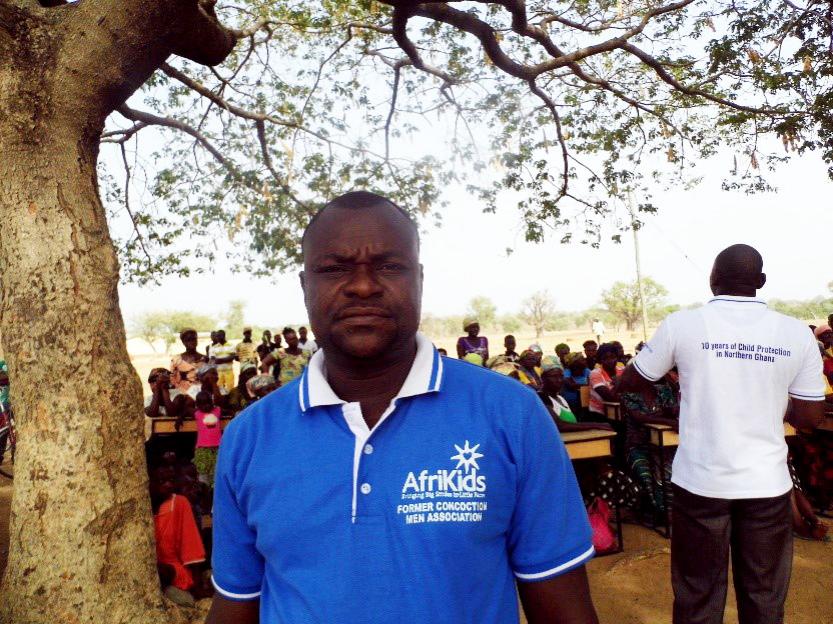 Abire used to be a local concoction man, a role passed down from his father and his grandfather before that. Concoction men are traditional herbalists in communities, who are called on to determine whether a child could be a spirit.

The Spirit Child Phenomenon continues to exist in rural communities of northern Ghana, where children with a disability or whose mother died during childbirth, are thought to be spirits sent from the bush to bring bad luck on their family. Many families will visit their local concoction man so that he can provide them with a poisonous substance used to confirm the child's spiritual status and return them to the bush,

Abire believed in his practice for a long time and was sure that he was doing the right thing, by ridding his community of bad spirits who he and others believed would bring bad luck if they were not sent “back to the bush” where they were believed to have originated from.

With thanks to AfriKids, Abire has been educated about the rights of all children and he now says:

“I cannot continue to practice what is bringing my community backwards, by killing innocent children. I will forever campaign against this practice in my community. No child should be killed again.”

Abire is now a Community Campaigner and huge advocate for the safety of children. He works with his fellow community members to educate them on children’s rights and the danger of the practices surrounding the Spirit Child Phenomenon. AfriKids have helped him to find an alternative livelihood so that he can continue to support his family. He now works in the meat business selling pork and transporting pigs to Kumasi, the capital of the Ashanti Region in southern Ghana. His business is thriving and he's been able to support all of his children through both junior and senior high school.

It is important that the children of former concoction men attend school and gain a quality education to help them towards employment, so they can break the cycle of poverty and build a brighter future for themselves. 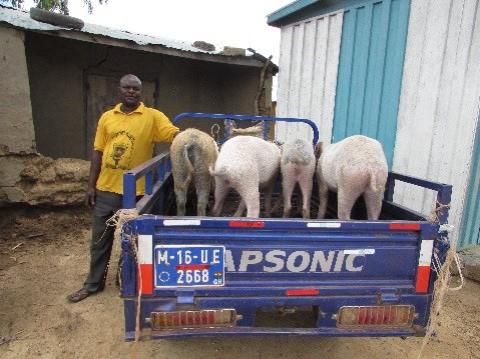