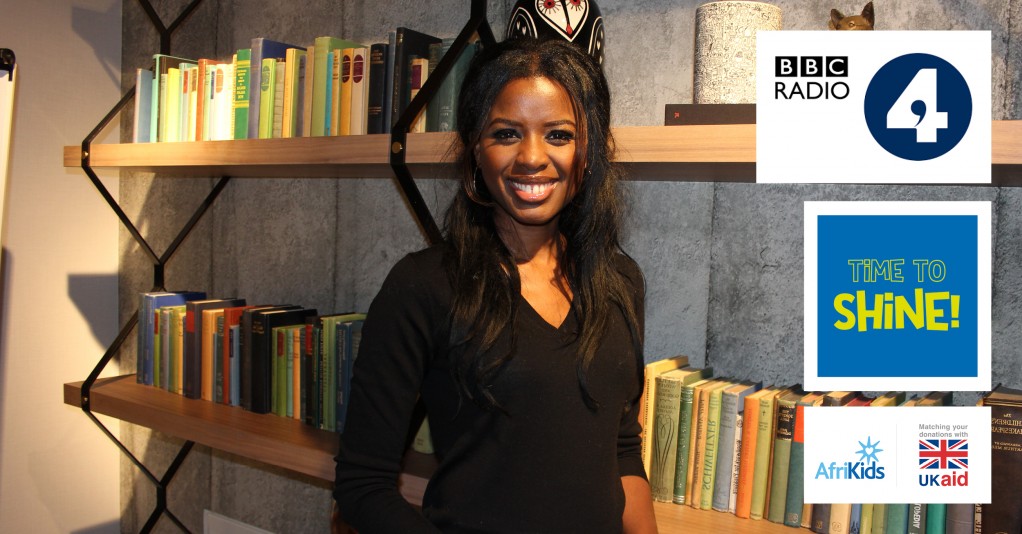 ‘I work with a lot of charities, but AfriKids does something that’s really special. It goes into communities in the poorest parts of Ghana and works with children who are out of school, children who are not being given the sorts of opportunities that they deserve.’

June joined AfriKids as we launched our Time to Shine appeal on 3 December to support more of the poorest children in Ghana to complete their education. June is passionate about the future of Ghana, her country of heritage, and she will be travelling to meet some of the young people supported by AfriKids in January next year.

During the broadcast, June will tell the story of a young girl called Ekua, who found herself working on the streets after her mother died in a car accident. But Ekua’s life took a turn when she met Kofi, a volunteer trained by AfriKids to look out for children in danger. With Kofi’s help, Ekua enrolled at AfriKids’ night school and began her journey towards a brighter future, away from poverty.

‘When we help nurture talent in communities like this, we’re not only helping the countries that they’re from, we’re also helping our world, because it might actually be some of these young people that have the solutions to some of the problems we now see ourselves faced with.’

The BBC Radio 4 Appeal will air twice on Sunday 30 December, and again on Thursday 3 January. We hope it will touch the ears of millions of people and give more children their time to shine by ensuring their education is not held back by poverty.

Thanks to UK Aid Match, all public donations raised through through the Time to Shine appeal before 4 March will be doubled by the UK government. You can find more details about the appeal at www.afrikids.org/shine.

Hear why June is supporting AfriKids: