Narcissus was born into a stable family. His mother, a trained midwife, works in a rural village, while his father takes care of his two older siblings in town so they can go to school. Life wasn’t always straight forward, but neither were they struggling.

After Narcissus was born, it soon became apparent something wasn’t right. His mother, Benedicta, explains what happened.

“He actually had neonatal jaundice and later on we were told by the doctor that it affected him. They diagnosed him with Cerebral Palsy – making him not to have that kind of coordination.

So he was not having the control. He couldn't sit. He couldn't do anything. Our local people even believe children with Cerebral Palsy are "spirit children". At times they shy away from you, they don’t even want to get close to you.

Fear of “bewitched” people has existed throughout history and all over the world. In rural northern Ghana, a disabled child is at high risk of being labelled as a “spirit child”.

She explains, “They believe that if they don’t kill the child, the child will end up killing the family members. If they were given the chance, these children they are very good; there are things that they can do that you wouldn’t even believe.” 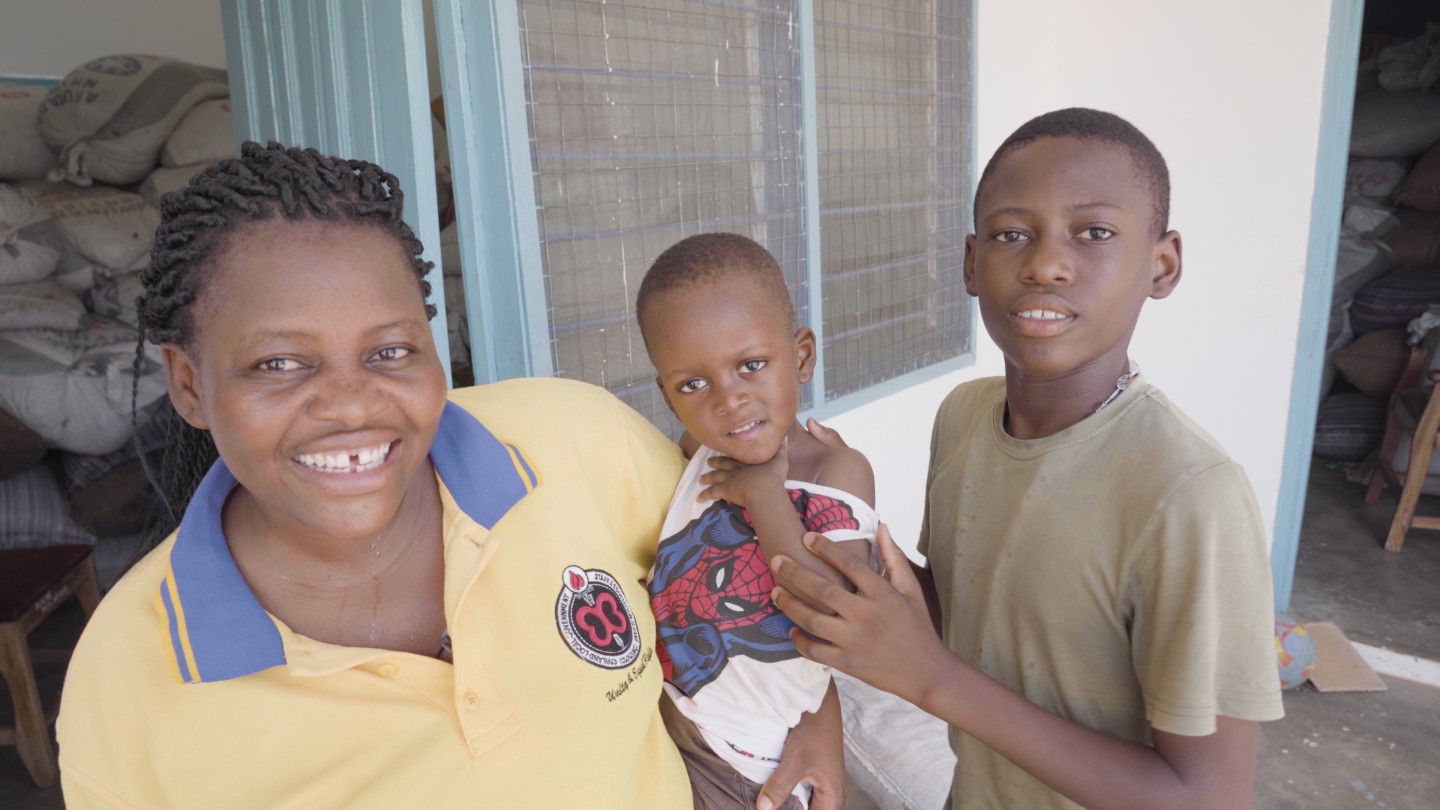 And for now, he can control the neck, he can sit. He does a lot of things, he can even count. One, two, three.”

Noah describes what change he has seen in his community.

"At first, over here in Ghana, when they saw children with these kinds of situations, they thought they were "spiritual children". But now it has changed a lot, since AfriKids has explained all of this and now they let them live. It has saved lives.”

“Due to these children, there will be future leaders.”

“I hope he will get up and walk and go to school. And be somebody in the future too.”